When it comes to weight loss, your nutritional habits have a much bigger impact than your training

A lot of people look to their training when they want to lose weight and not their diet. They are convinced that loads of cardio is what they need to do and should be the priority even if doing that hasn't worked for them in the past. Cardio has many health benefits, and it does contribute to you being in a calorie deficit, but it makes a very small contribution when compared to your diet.
The saying that you can't out train a poor diet is largely true​​​
You can easily get lean without doing any cardio if you're eating an amount that puts you in a calorie deficit, however no amount of training will make up for you eating too much. ​
​Failure to lose weight is in almost all cases due to not being consistent enough with your diet. ​
This doesn't mean I think cardio is a waste of time when you're trying to lose weight. I always encourage my clients to increase their daily steps and to try to be more active, but understand it's your diet that will make the biggest difference. Don't make the mistake of looking at their training first instead of looking at your diet.
​The reality is that neither cardio or weight training do a lot to create an energy deficit
​when compared to simply eating a calorie controlled diet.​
According to the American Council of Exercise, if you weigh 120lbs (54.4kg) jogging for 45 minutes burns approximately 418 calories. That's around the same as a two slices of Dominos pizza, or a large slice of cake which I could eat in five minutes. For a 180lbs person this increases to 625 calories. Looking at this you should be able to understand how much more important your diet is compared to exercise in putting you in a calorie deficit. 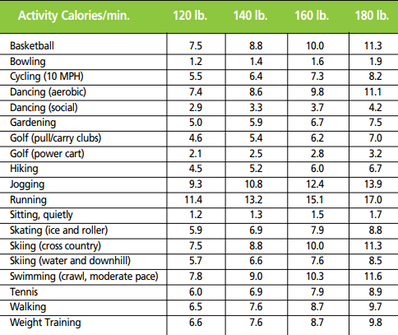 Other than walking, I haven't been doing any cardio for the past year, but I have been very consistent with my diet. As a result I am the leanest I have ever been. I'm much leaner than when I was younger and I was doing 1.5 hours of intensive Muay Thai 5 or 6 days a week, ran at least 3 or 4 times a week, cycled around 55 miles a week to work which was an active job.
Stop looking for fat lose routines.  If you're not focusing on your diet you're focusing on the wrong thing.

Many people use FitBit' or some other brand to measure how many calories they used during a session. You shouldn't use how many calories you used as a way to measure how good a session is anyway, but these monitors are  so inaccurate for calculating calories that they aren't worth using to measure your energy expenditure during a workout. They normally overestimate how many calories you burned during a session.
In a study published in 2017, Mattsson tested the calorie counters of several wrist worn monitors. The most accurate one was off by an average of a massive 27%. And the least accurate was off by 93%. https://www.ncbi.nlm.nih.gov/pmc/articles/PMC5491979/

"None of the devices provided estimates of energy expenditure that were within an acceptable range in any setting."

Another recent study tested four trackers. The Apple Watch Series 4, Polar Vantage V, Garmin Fenix 5, and Fitbit Versa. and concluded that while they did well at measuring heart rate, none of the four should be used to monitor energy expenditure the intensities and durations tested.

Ignore how many calories it says you burned during a session.

What you should focus on to lose fat

​Then I recommend
You will lose weight if you do this consistently. Don't over complicate it. It really is this simple.