Before and After Transformation Photos

The fitness industry is full of smoke and mirrors. Perhaps the worst example of this is the before and after transformation photos that you'll see.

What a lot of people don't understand is they often don't give an accurate idea of the changes.

In fact, it's very easy to fake the results in just minutes using simple tricks, such as,  Often there is a number of these used in a single transformation photo.

​The video below is a good example of what I'm talking about. He shows how he made the before and after pictures within 5 hours of each other. He even did the after picture first!
Even in my transformation photo, while I gained 27kg kg which is a significant amount, I'm much more tanned and the lighting is much better in the after photo. I can't remember, but I guess it was after a workout and I had a pump. 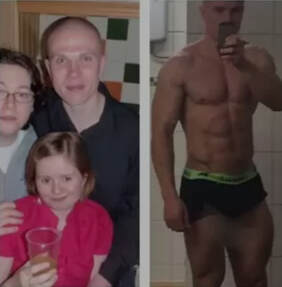 Keep all this in mind when you next see a before and after transformation photos. Don't let these give you unrealistic about what you will achieve.