Legs-Push-Pull split is one of the most popular training slits. It is very simple, yet effective training split

​It spreads out upper body work over two workouts.
There are more muscles in the upper body than the lower body, and it tends to need more exercises to maximise your muscle mass​. When doing upper and lower training split, the upper body sessions tended to be longer, or I had to miss out  training certain muscles directly.
Easier to emphasis certain muscles.
My arms and chest has always lagged behind other muscle groups. Moving to a push-pull-legs split made it much easier to add more work for these muscles. While it's not impossible to do this while training upper and lower, or full body programs, it is much easier when the training is split up a bit more.
Very flexible when life is busy.
Legs-Push-Pull limits overlap of your sessions. When you're training your pushing muscles during one session, and then the pulling muscles the next, you're giving your pushing muscles a chance to recover while you're still training. As there isn't much overlap between training sessions, it makes it a good training split if life is unpredictable. I've used this when life was a bit crazy, and I didn't know in advance what days I would be able to train on. While this isn't optimal, I would sometimes have three to five days in a row I could train and then have a few days in a row that I couldn't train. This isn't a problem when doing push-pull-leg split as I could do several of these sessions back to back without causing recovery issues. This would be harder when I was doing an upper-lower split, and I would have to lower the volume or intensity per session if I did trained that frequently. It's also very easy to keep the sessions very short while still getting a lot of work if you're in a rush as the upper body work is broken into two sessions.

Frequency of main lifts
The main negative is that you're limited in the frequency you can do the main lifts due to the training being split up more. It's not possible to squat or bench press three times a week on this split. Personally I wouldn't consider doing this split if I was wanting to compete in powerlifting and wanted to practise the competition lifts frequently.
​

How many days a week can you train on Leg-Push-Pull split?

People can train anywhere from 3 to 6 days a week on this split. I mentioned earlier that most beginners want to do the six days a week option, but while I'm sure some people succed doing it, I've never seen anyone stick to that long term and succeed. Most people will need more rest and will have other things in their lift that will take up time.

You don't actually have to commit to a certain number of days. There's not a good reason you have to fit your training split into seven days other than people find it convenient. You can easily alternate between 4 and 5 days a week averaging 4.5 days a week. Or jsut chasnge week to week depending on your schedule.
Example Routine
Push
Bench press -  4 x 4-6 (double progression)
Dumbbell overhead press - (350 method)
Cable crossovers - 4 x 15 (double progression)
Lateral raises - 4 x12
Triceps extensions - 3 x Rest pause 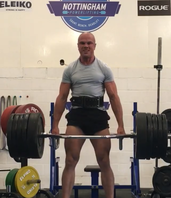